Augustus Vincent Tack's Spirit of Creation, 1944.
(George Washington University’s Lisner Auditorium).
In 1944, as a commissioned project facilitated by Duncan Phillips, Tack created a beautiful mural, called Time and Timelessness (Spirit of Creation),  to be used as a fire curtain in the university’s new auditorium.  Tack fell ill during the creation of the mural and only completed half of the panels himself. The remainder were carried out by longtime assistant, Carl Lella.
The design for the fire curtain is closely related to the painting Liberation, in the Phillips’s permanent collection. The painting Time and Timelessness  is a sketch for the mural.
Tack, a deeply spiritual and philosophical artist, truly took the university’s commission to heart. 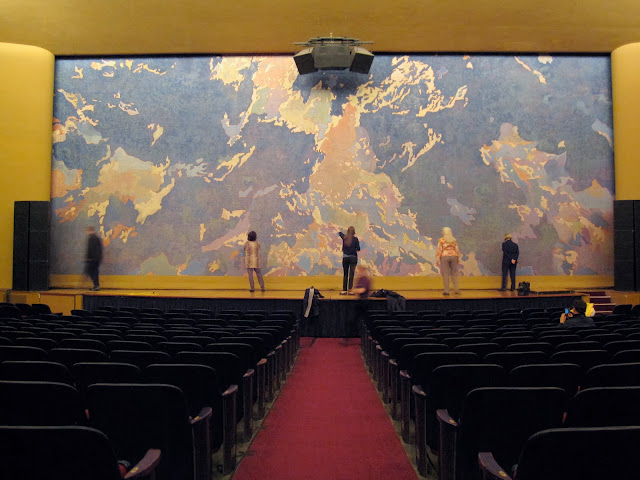 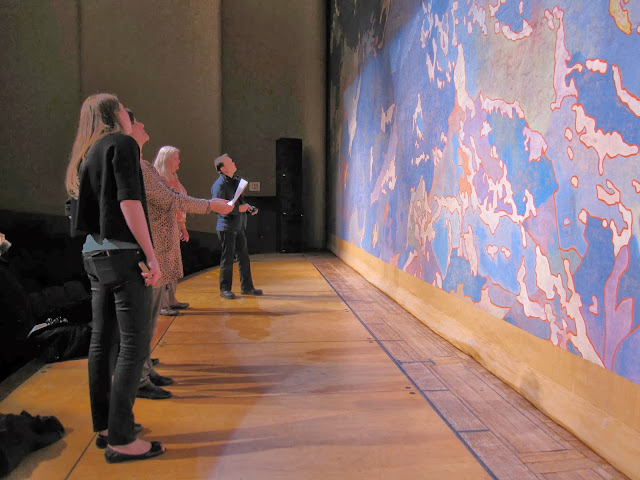 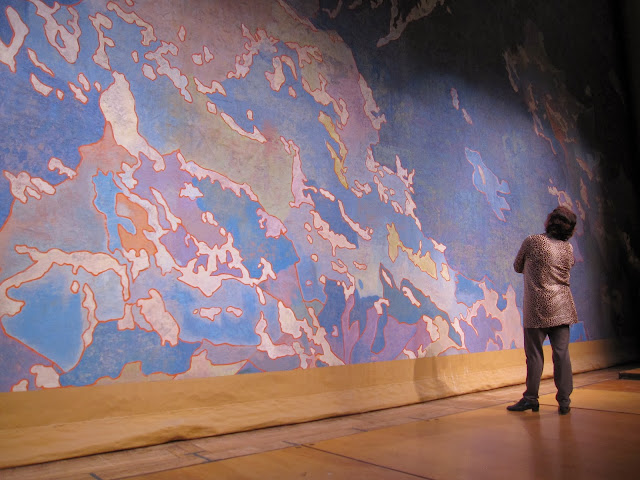 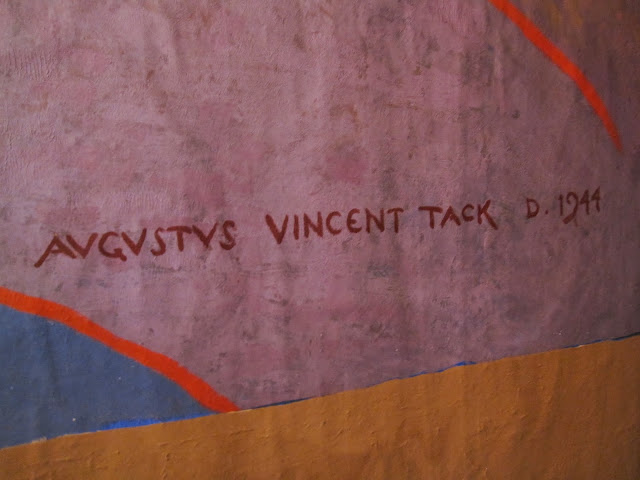