I WOULD ASK TO BECOME PART OF THEIR FAMILY 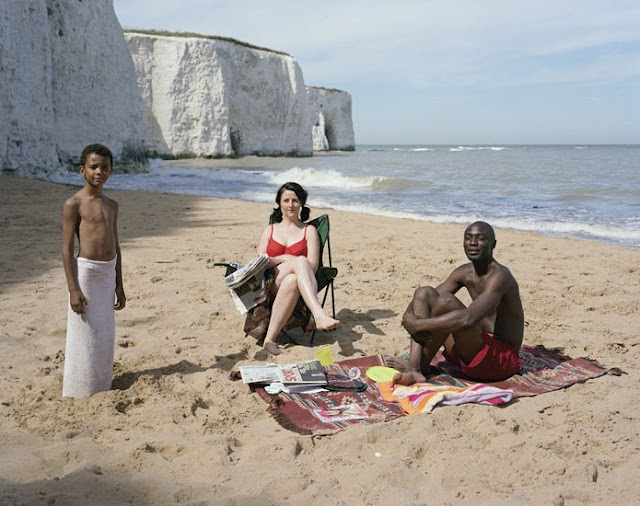 Trish Morrissey. Kingsgate Bay Kent. 2006. Photograph.
"It's from a series called 'Front', meaning the seafront, but also because they are all fake family photos. I would approach groups who'd made encampments on the beach and ask if I could become part of their family temporarily. I'd take over the role of a woman within that group, usually the mother, wearing an item of her clothing as a talisman. She would then photograph us under my instruction, while I, a stranger, nestled in with her loved ones." (Trish Morrissey)
Publicada por Unknown à(s) 16:26